Being such a popular sport, golf always has some stories revolving around it. Some are related to talents, professionals, Game Improvements, and of course gossip.

Keeping up with all popular stories can mean a lot since some have some really valuable information, and the others are just for fun conversations at the club.

Today I will share some interesting facts about golf I’ve heard and read.

You’re in for a treat, believe me! 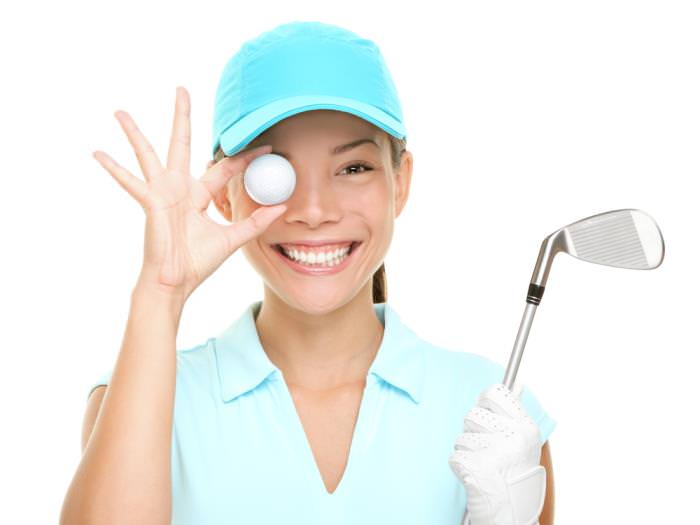 1. The Record Holder For The Most WC Victories Are The United States With 24.

The most successful Americans are Arnold Palmer and Jack Niklaus with six wins, and four together. Also, Arnold Palmer won 95 pro tournaments.

2. One Fact I Found Very Interesting – Phil Mickelson, The Most Famous Left-Handed Golfer, Was Right-Handed As A Child.

I found it very surprising once I found out about it since he never used a right-handed club in his entire career.

3. Did You Know That Golf Is One Of The Two Sports That Have Been Played On The Moon?

Apollo 14 member Alan Shepard used a six-iron to one-handedly hit a ball, the ball is still on the surface.

4. There Is One Gentleman In The Hollywood That Adds A Particular Condition In His Contracts That Allow Him To Play Golf Twice A Week During Film Making.

That gentleman is Samuel Jackson.

Before their invention in the 1920s, golfers were playing off of sand piles that were built by hand.

6. One of the most famous and infamous golfers, Tiger Woods, made his first hole-in-one at six years old.

7. A Lot Of People Think That Annika Sorenstam Is The Golf’s Female Trailblazer.

But this is not true; Babe Zaharias is the only and first female golfer to make to the PGA TOUR in 1945. She shot 76 and 81 during the first two rounds at the LA Open.

8. One of the most famous courses in the world, Augusta National Golf Club, was closed for three years at the height of WWII.

Cattle and turkey were on its grounds to help and support the war effort.

9. There’s One More Thing That Most Of The People Get Wrong, The General Belief Is That St. Andrew’scourse In Scotland Is The Oldest Golf Course In The World.

But, according to the Guinness Book of Records, the oldest one is Musselburgh Links which originated in 1672. However, there is some evidence that suggests that Mary Queen of Scots played there in 1567.

10. When It Comes To Handicap, Most Of The People Feel Bad About Having A High Handicap, But They Don’t Know That 80% Of All Golfers Will Never Achieve Less Than 18 Handicaps.

So, don’t stress about it, then.

11. Not A Lot Of People Know The Origin Of The Word “Caddy.”

It comes from the French word for student, “cadet.” Natively it’s pronounced cad-day, which led to “caddy.”

12. It’s Amazing When Someone Makes Hole-In-One, But Making Two In A Round Is Almost Impossible.

The chances for that happening are one in a 67 million!

13. The Term “Birdie” Came From A Golfer Ab Smith.

He was an American golfer who called the shot he played around in 1899 a “bird of a shot,” which later became “birdie.”

14. Everybody Knows About Golden Bear, Jack Nicklaus, But Few Know Or Remember That He Won The Masters A Record Six Times!

15. The World’s First Tournament For Women Was Held In 1811 At Musselburgh On New Year’s Day.

This one is particularly interesting for me, so I remembered it pretty easily.

16. Michael Hoke Austin Of Los Angeles Holds The Record For The Longest Drive On An Ordinary Course Of 515 Yards.

It was recorded at Las Vegas US National Seniors Open in 1974.

18. The Women’s Equivalent Of The Ryder Cup Is The Solheim Cup.

It was named after the Golf Club manufacturer Karsten Solheim, who is responsible for its creation. The first Cup was held in 1990, and it went on in even number years all until 2002 when it alternated years with the Ryder Cup.

19. The Title Of The Highest Golf Course In The World Belongs To Tactu Golf Club In Peru; It Sits 14,335 Feet Above The Sea Level.

I can only imagine the atmosphere experience all the way up there.

20. A 25-Year-Old Professional, John Hudson, Achieved An Amazing Two Consecutive Holes-In-One At The 11th And 12th Holes At Martini Tournament In England In 1971.

That man should have played the lottery that day!

21. The Longest Hole-In-One Got Lou Kretlow At The 427 Yards In Oklahoma City At Lake Hefner Course In 1961

22. The Average Driver Swing Speed For Us Ladies Is 62mph; While 96mph Is For An Average LPGA Professional.

As for our male counterparts, the average speed of a PGA Tour player is 108mph. As for Tiger Woods its 130mph and 148-152mph for a long drive national champion. Ladies, I think we should step our game up!

24. The Bragging Right For The World’s Largest Bunker Has The Pine Valley Course On Hell’s Half Acre On The 585-Yard Hole In New Jersey.

25. The Record Holder At -18 For The US Masters Is, You Guessed It, Tiger Woods.

He’s a well-known golfer for a reason, except for the reasons that gave him the pop culture fame.

26. How Many Of You Know That Adam Scott Was The US Masters Champion In 2013 And That Seve Ballesteros Conquered Over 90 International Tournaments?

27. Have You Ever Wondered How Many Dimples The Golf Ball Has?

I found that fact interesting and found out it has 336 dimples!

28. I Have Seen Some Pretty Long Putts, But Never Even As Close As The Longest One Of 375 Feet!

Couldn’t believe it at first when I found out, but it’s true.

29. Not So Long Ago I Watched Harry Vardon’s Games.

And came to the knowledge that he won the British Open amazing six times!

30. Then I Moved To Nick Faldo And Found Out About His Streak Of 25 Ryder Cup Points In His Career.

31. Going Back In History, Can You Even Guess Which One Of The Oldest Courses Ever Is?

There are a few known ones, like St. Andrews Golf Course which was founded in 1552.

32. Sergio Garcia Was Only 21 Years Old When He Won His First PGA Golf Tournament!

34. Also, When It Comes To Names And Nicknames, “The Big Easy” Is The Ernie Els Nickname.

And “The King” is the nickname of Arnold Palmer.

35. Nick Faldo Won A Few Tournaments In His Career, Three Of Them Were US Masters.

He also won three Open Championships and is considered a top player of his era. Today, he is mainly an on-air analyst.

A remarkable number to brag about. He was one of the leading players in the world and was ranked a number one player in the world in the period from 1978 until 1982. Later on, he was falling behind Seve Ballesteros.

37. An Interesting Fact Is That Ian Woosnam Won Only One Major Tournament, It Was The US Masters In 1991.

This one, honestly, I couldn’t guess until I found out about it.

I remember watching that one, it’s was a true pleasure and display of skills.

39. Some Golfers Can Brag About All The Money They Collected In The Form Of Prizes.

But the fact that Tiger Woods has won over $100 million is mind-blowing. And he’s not stopping yet! 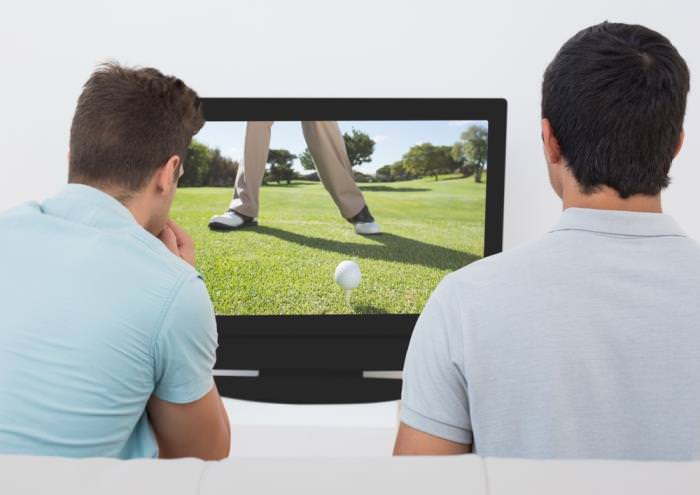 That’s about all the interesting stuff I could think of. Some of them I learned in various conversations with other golfers, while others I came across by luck or from the interest in the subject at the moment.

If you have anything interesting to share, do let me know, it’s always fun and useful to get to know more info about the game.

I hear a lot of talk about tournaments and players, what I find particularly intriguing is the stuff that not a lot of people know or care about to find it out.

Please log in again. The login page will open in a new tab. After logging in you can close it and return to this page.